Pepeliaev Group’s experts played an active part in the business and cultural programmes of the IX St Petersburg International Legal Forum (SPILF) that was held in St Petersburg between 14 and 18 May 2019.

On 13 May, a day before the official start of the SPILF, the IXth Annual Conference with the Russian Constitutional Court “Personal liability in business as a law enforcement vector” took place. The conference was organised by the Corporate Counsel Association (the “CCA”) with the support of Pepeliaev Group. Pepeliaev Group’s Managing Partner Sergey Pepeliaev was the co-moderator of the first part of the discussion “Strengthening the liability of managers and company owners: a global trend or a national feature?”

Partner Sergey Sosnovsky spoke on the topic “Personal liability in tax legislation. The threat of a director’s personal liability as a means to restrict a taxpayer’s rights to dispose of its property”. Meanwhile during the conference Pepeliaev Group’s Expert Sergey Taut presented a report dedicated to anti-corruption compliance.

On 15 May, within the framework of the St Petersburg International Legal Forum, a business breakfast was held which was dedicated to the topic: “Financing court disputes: Russian and foreign practice”. The business breakfast was organized by the service PLATFORMA and Kommersant Publishing House. Pepeliaev Group’s Managing Partner Sergey Pepeliaev was a speaker at the event, discussing: “Any payment for legal services and the success fee must be reasonable. However, there is no concept of reasonableness. The courts are struggling to find the theory and approaches applicable to the issue, but the justification itself remains ‘awkward’”. 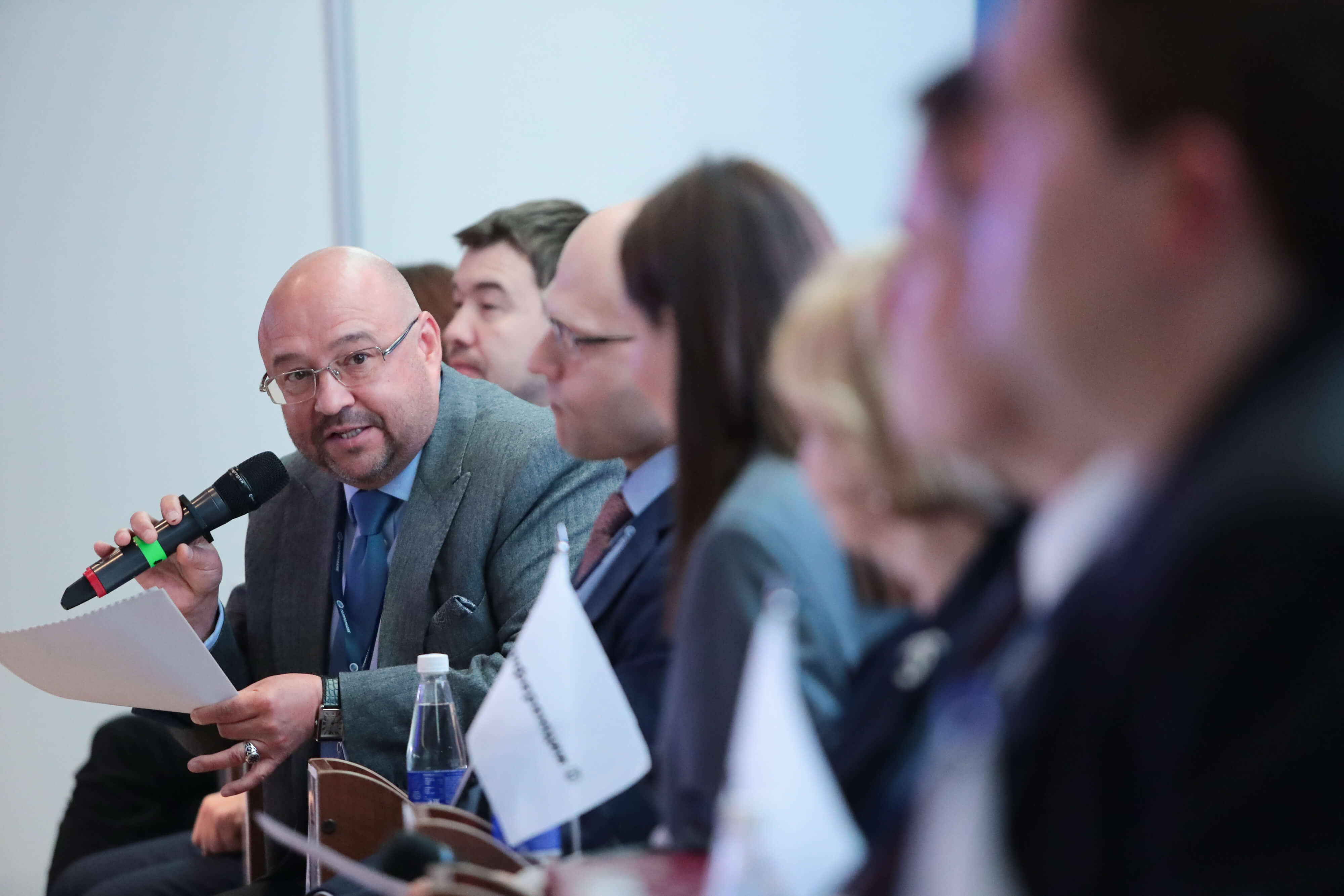 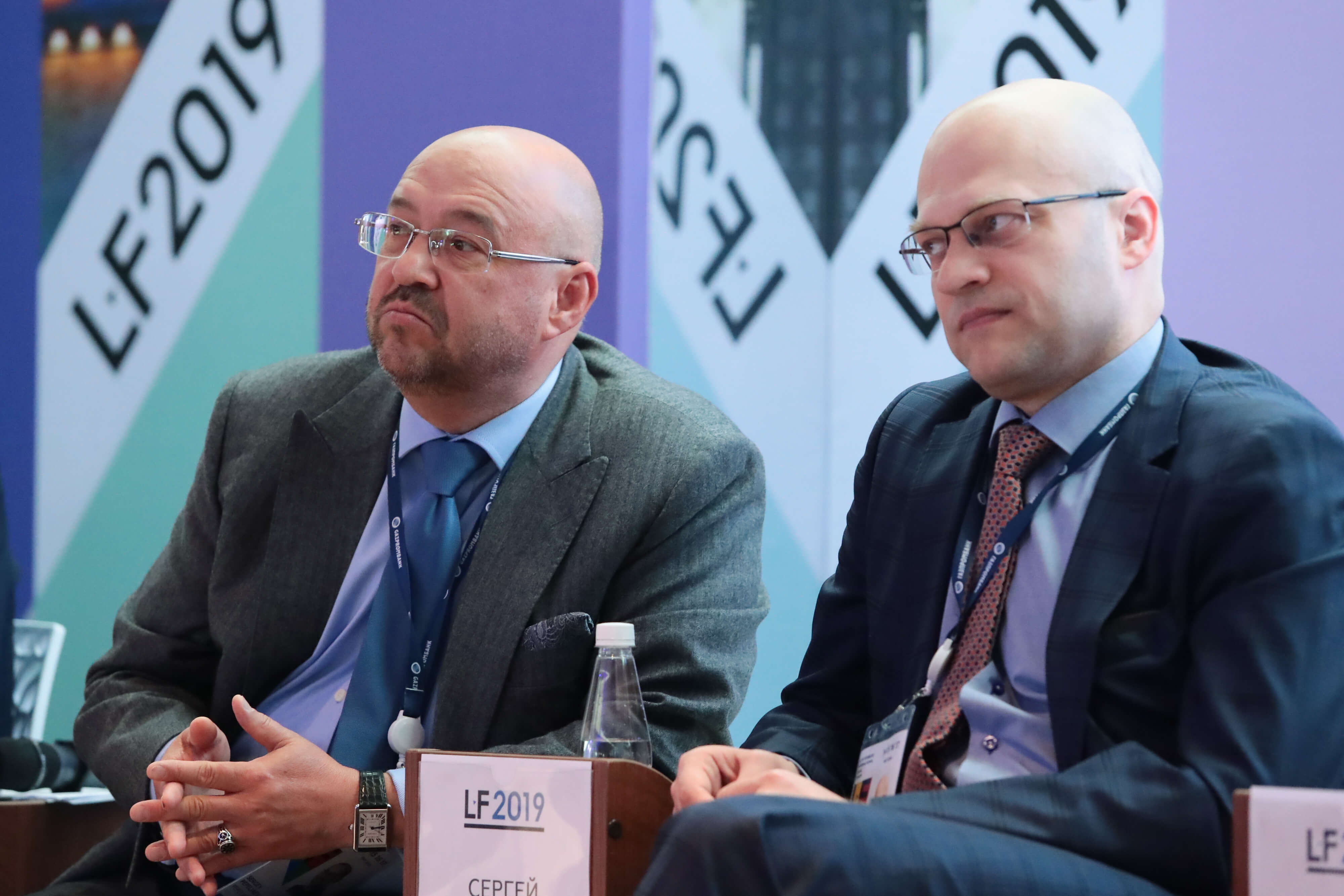 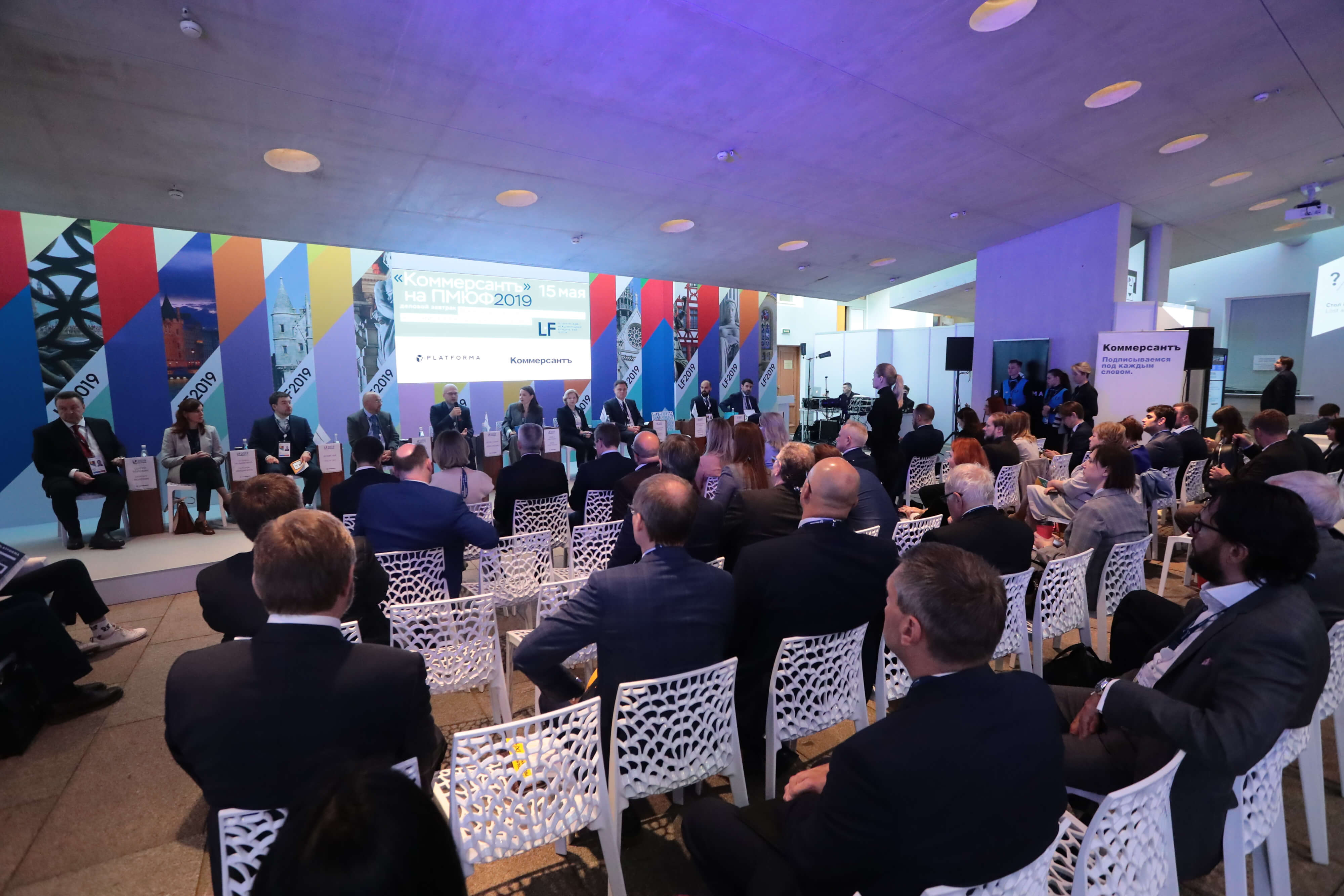 On 16 May a discussion session “Lawful tax planning or tax evasion: the limits of administrative reassessment of business decisions” took place. The event was organised by Pepeliaev Group as part of SPILF’s business programme. Sergey Pepeliaev was the moderator of the session, at which the experts discussed which legal approaches should be applied to check for any “unjustified tax benefit”. The speakers included: Natalia Pavlova, Judge of the Russian Supreme Court; Natalia Sheveleva, Head of the Administrative and Finance Law Department of the St Petersburg State University; Danil Vinnitskiy, Director of the BRICS Law Institute, Head of the Finance Law Department of the Ural State Law University; Alexey Ryabov, Head of the Expert and Legal Service of the Russian Presidential Commissioner for Entrepreneurs' Rights; Kurt Demeyere, lawyer-counsel with Mythra, Brussels, and Valentina Akimova, Partner, Pepeliaev Group. The session was broadcast in our offices in Vladivostok and Yuzhno-Sakhalinsk.

After each part of the discussion it was suggested that all attendees of the event vote on the most topical issues. Kirill Titaev, a professional sociologist and Senior Researcher at the Institute for the Rule of Law, analysed and interpreted the results of the voting. In the near future a resolution will be formed and published that will contain the main conclusions formulated based on the discussion session and the audience's voting. 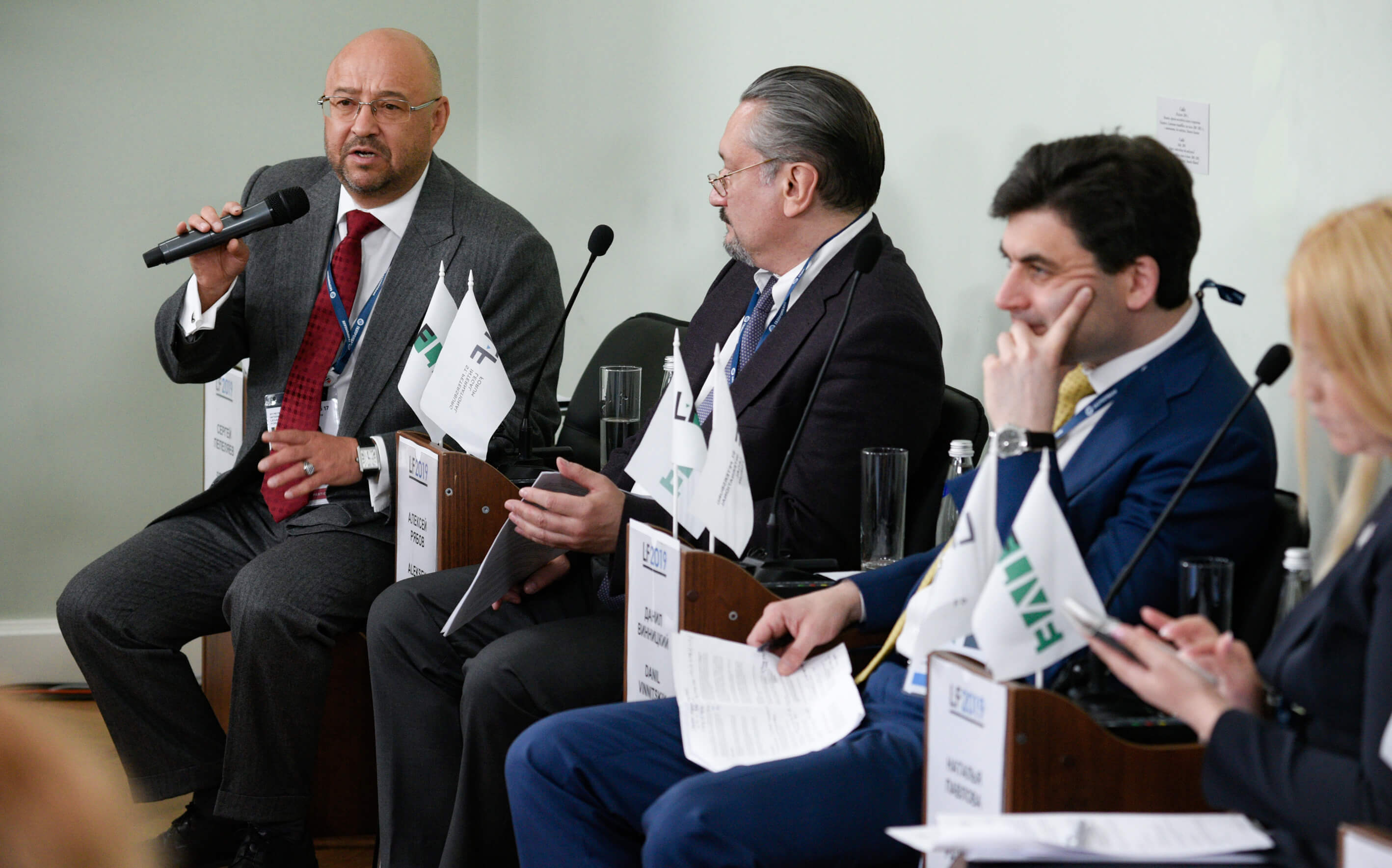 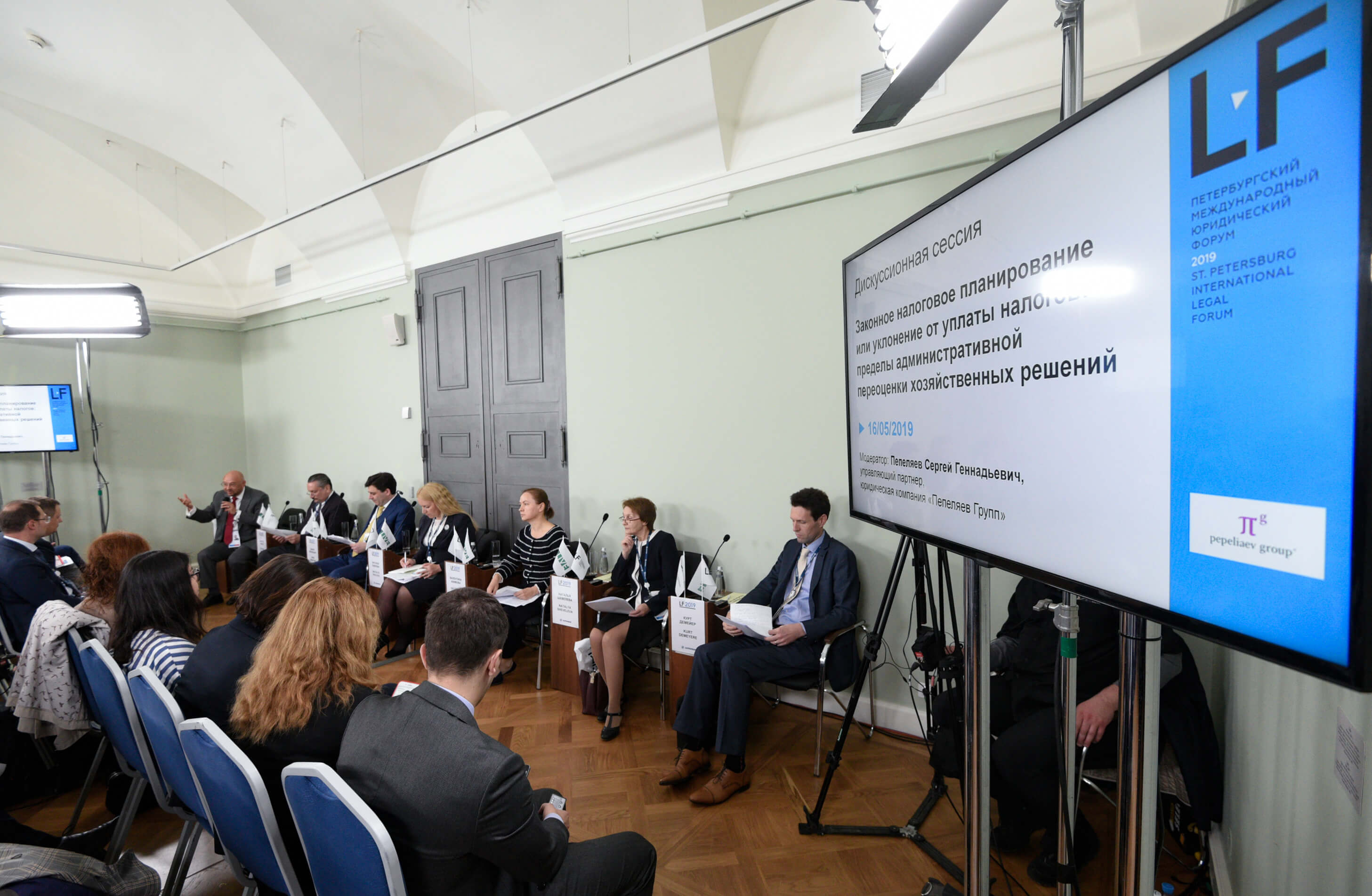 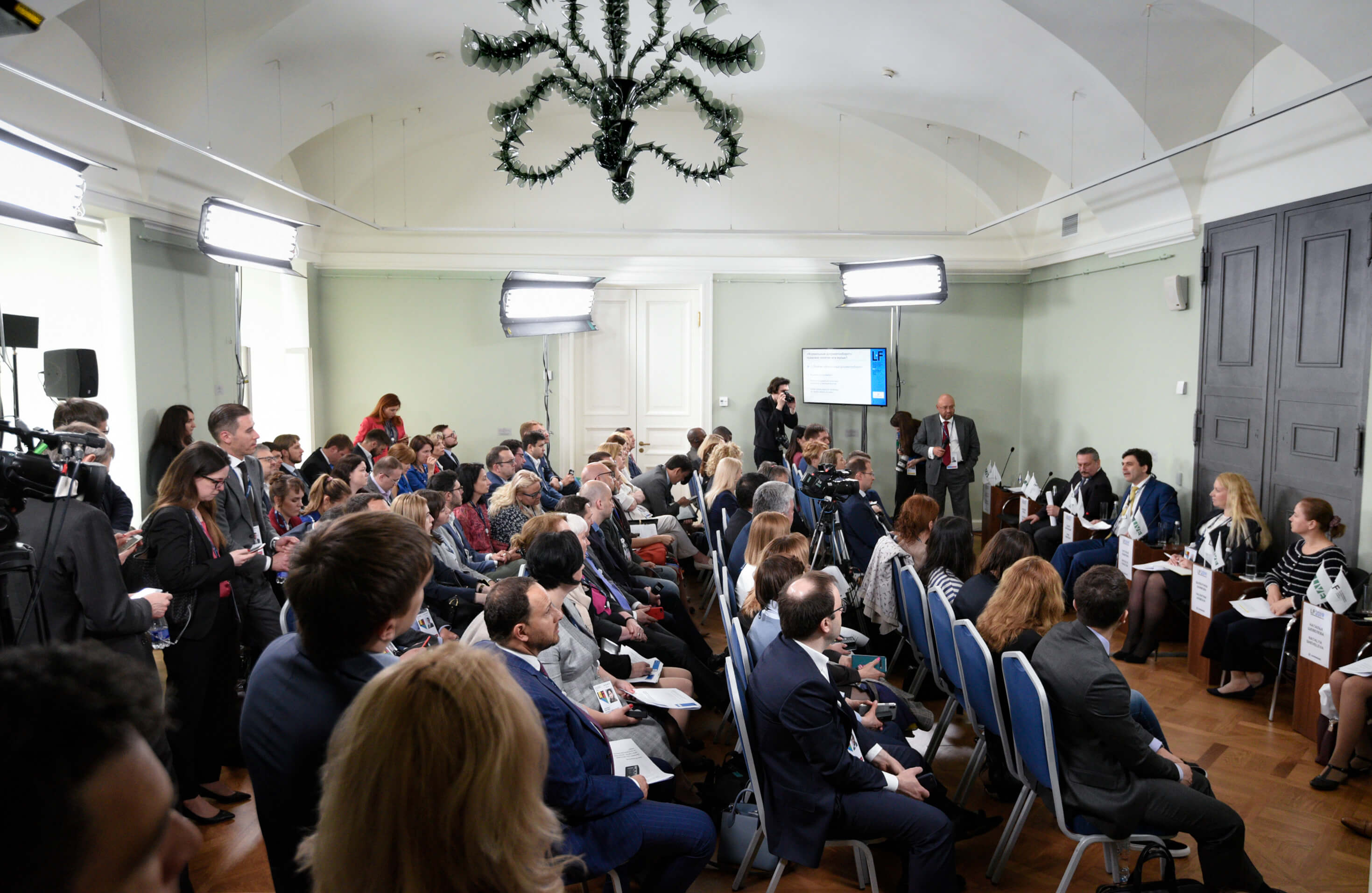 On 16 May another discussion session took place: "In-house lawyer and professional adviser: better together!". The session was organised by the Non-profit Partnership CCA. Being the largest association of corporate lawyers and jointly with leading legal advisers, the association has started to proactively create a set of the best rules and ethical standards by using the efforts of market players. This has now achieved its first results. The above achievements and the future plans relating to the self-regulation of the legal services market as well as the possibilities to consolidate efforts for such purposes were discussed at the round table session of the CCA. Sergey Pepeliaev, Managing Partner of Pepeliaev Group, was among the speakers. 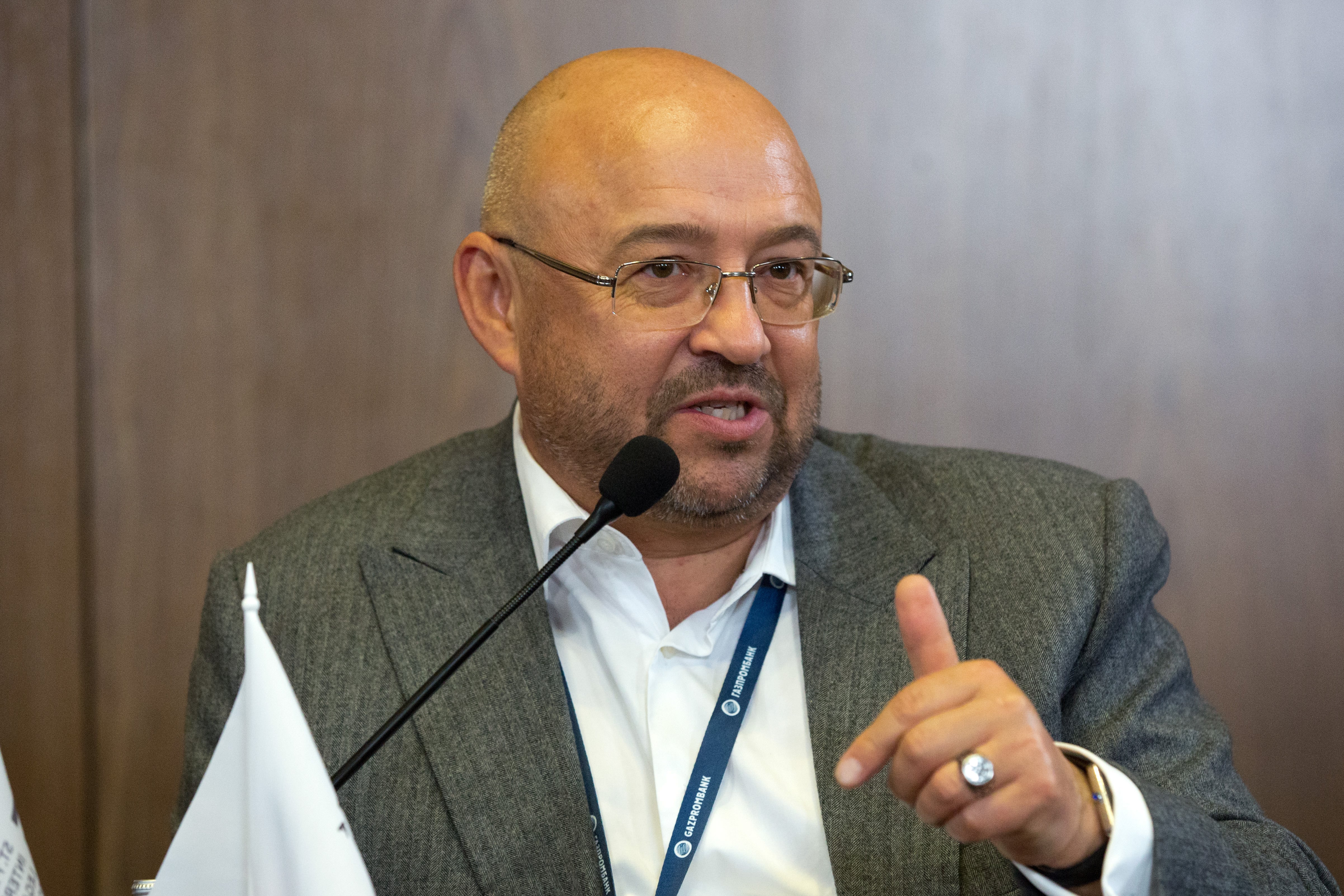 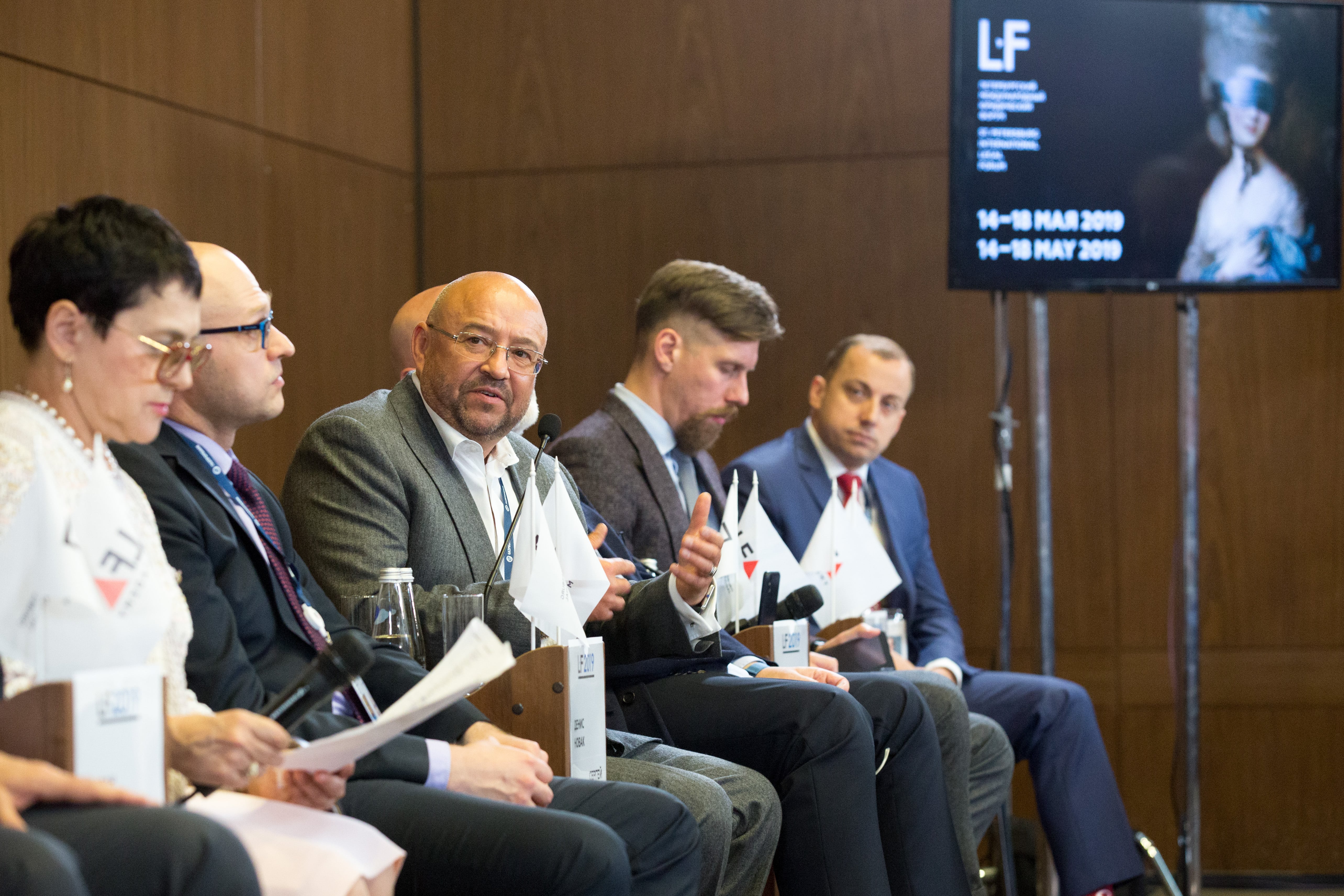 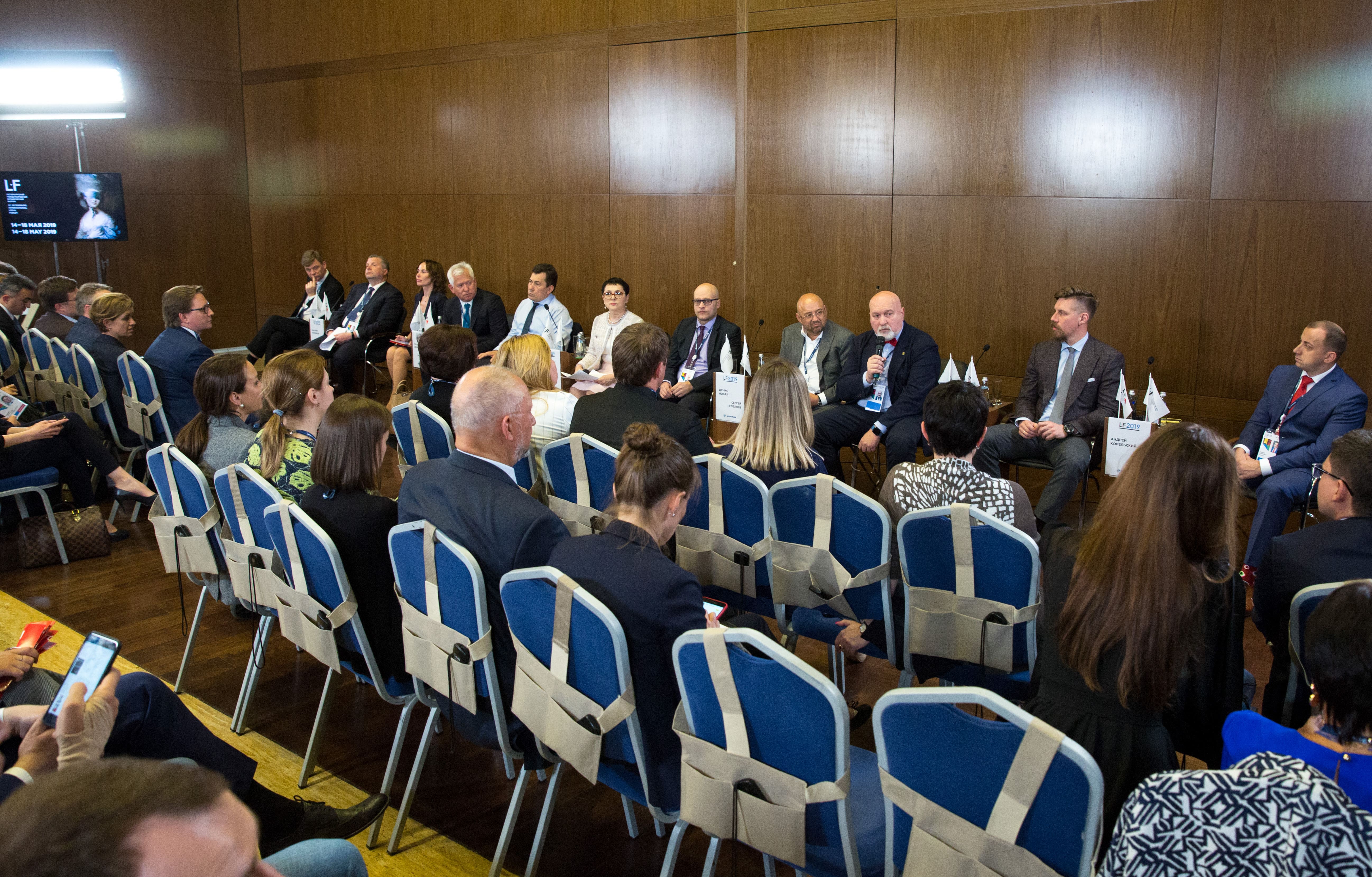 On 17 May the discussion session "How Can Private Persons Advocate Public Interests: Legal Interests? Legal Curiosity? Legal Racketeering?” was held. Roman Bevzenko, Partner at Pepeliaev Group, moderated the session. The experts discussed whether private persons may protect common interests; in which cases and according to what procedure they may do so; and what limits there are on the activity of private enthusiasts. The speakers analysed the above issues in the context of the most sensitive areas of social life: culture, urban development and state procurement. 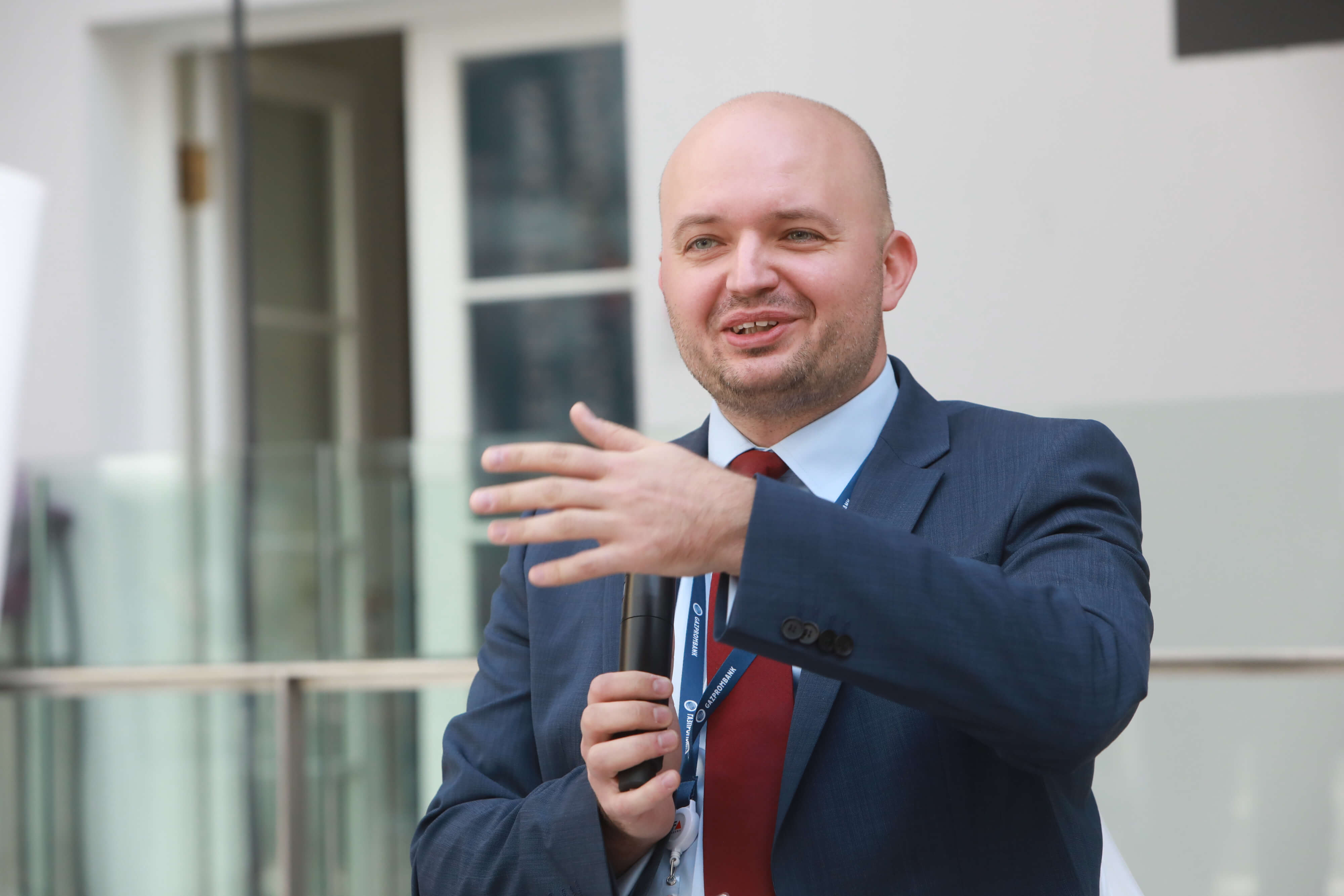 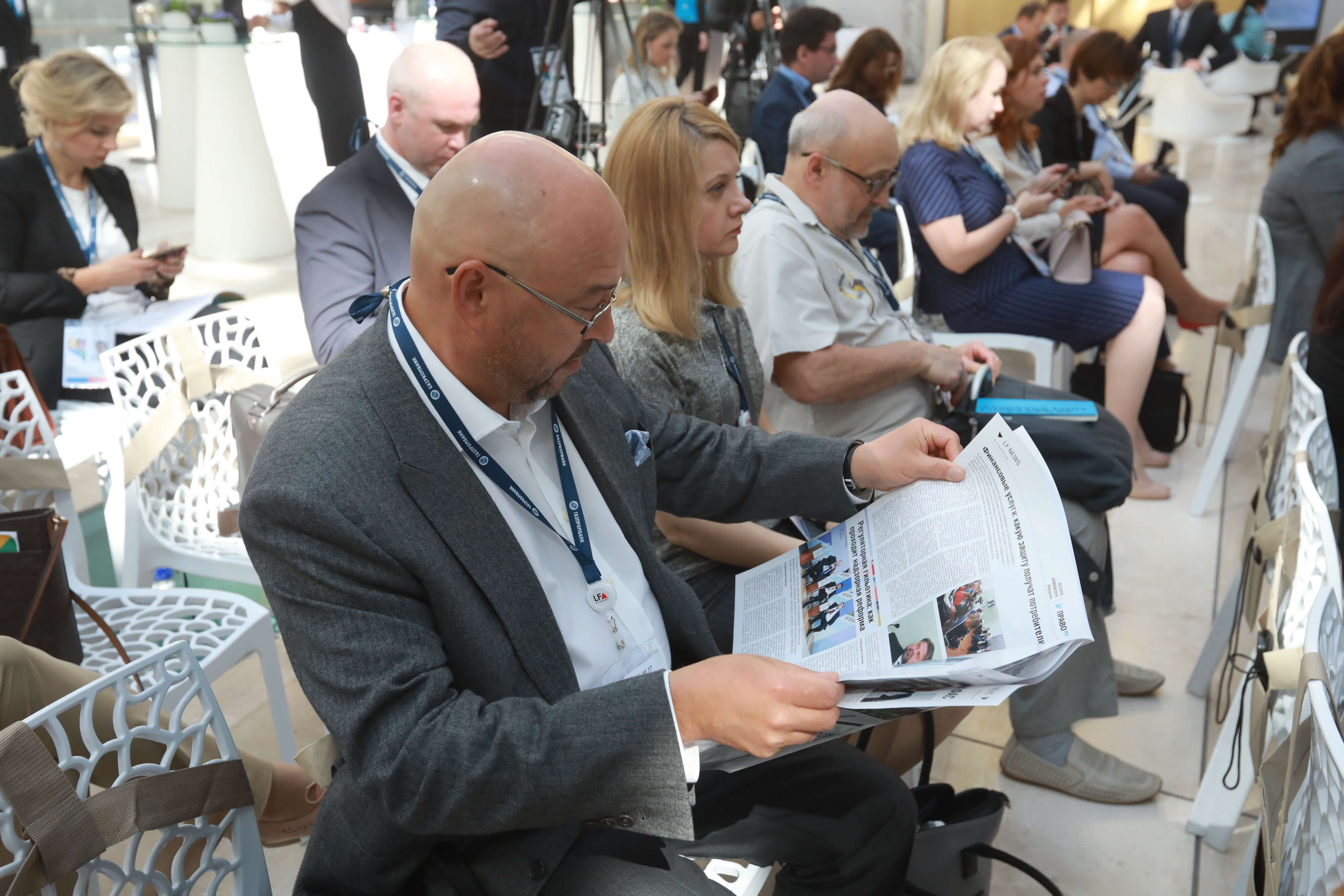 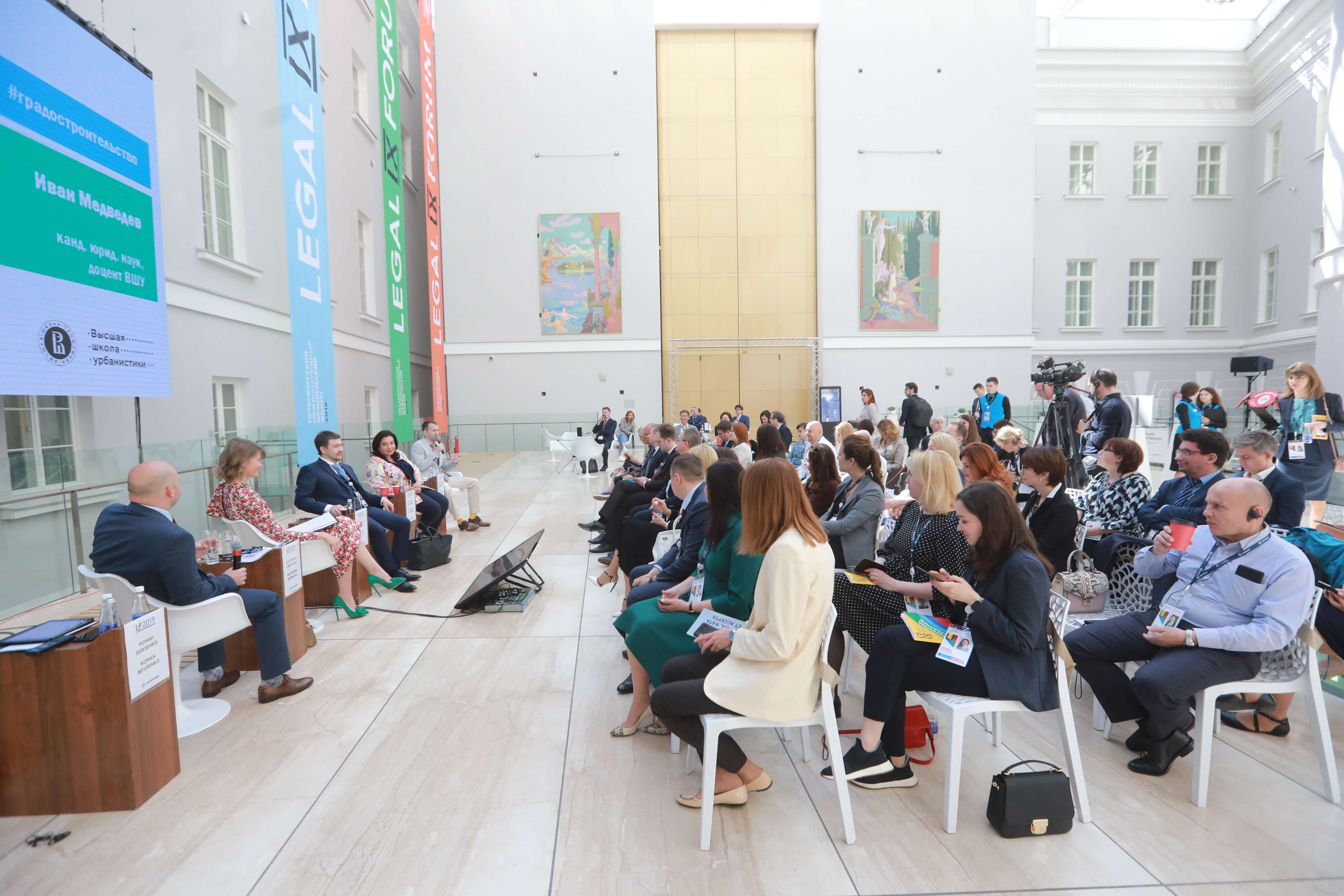 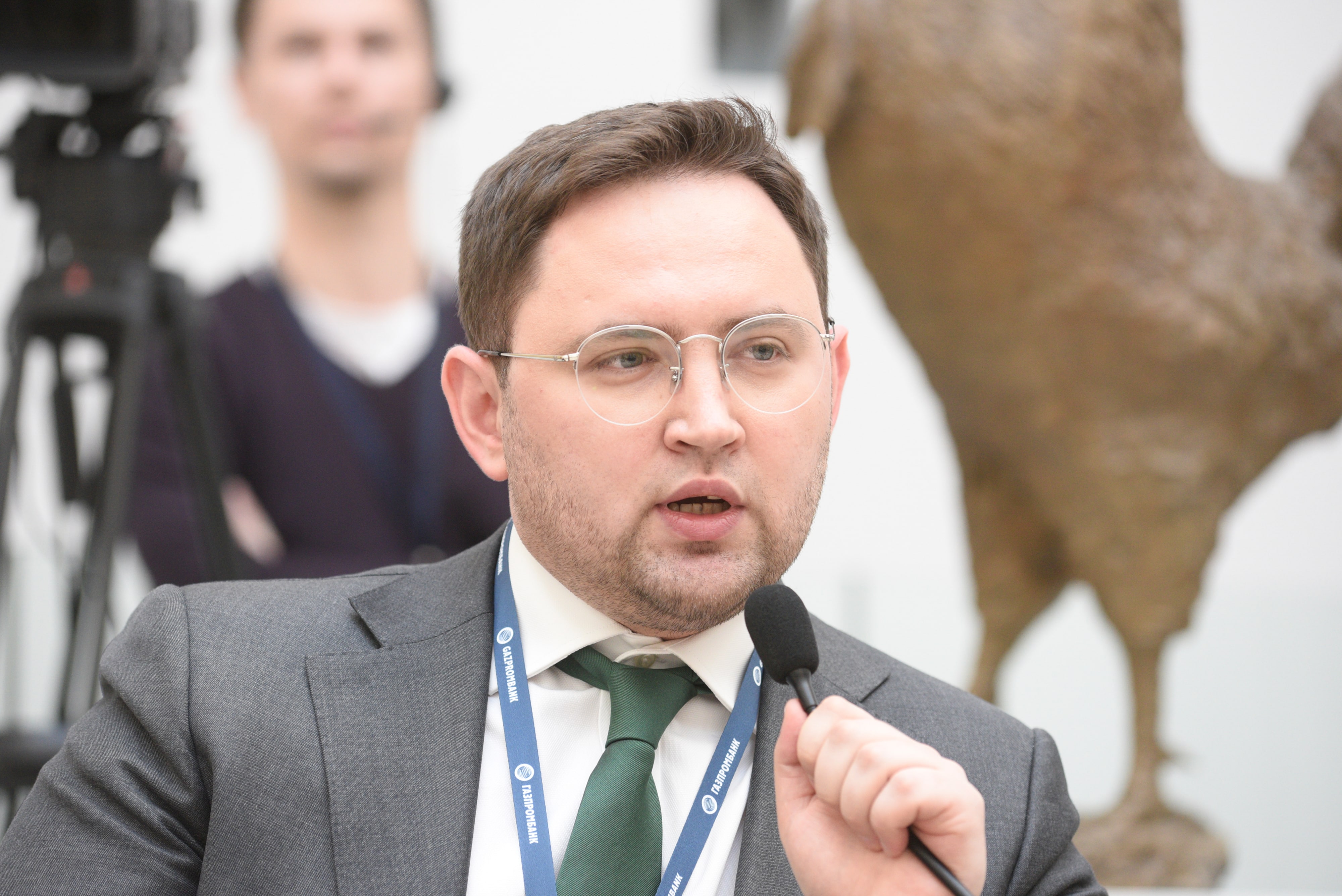 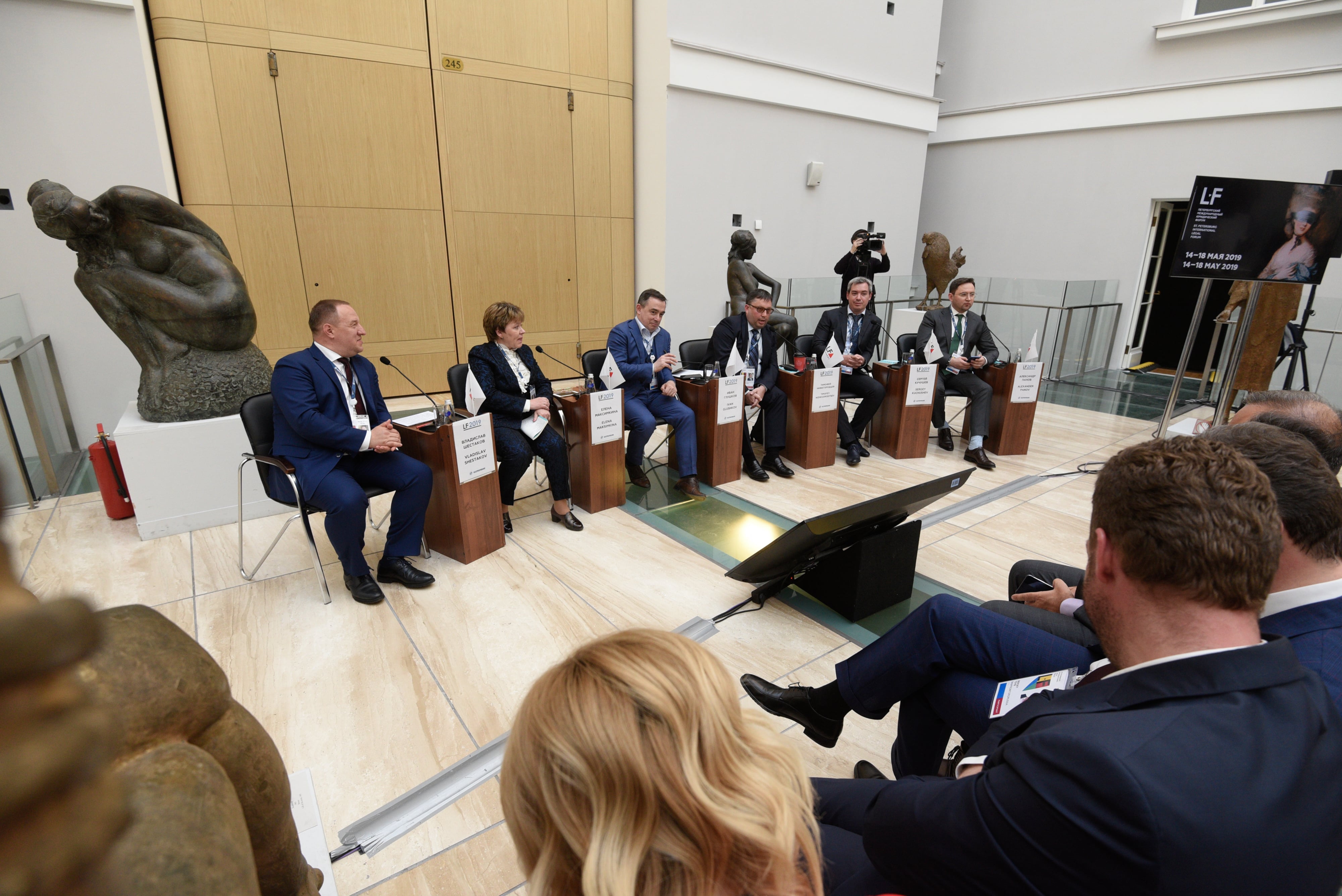 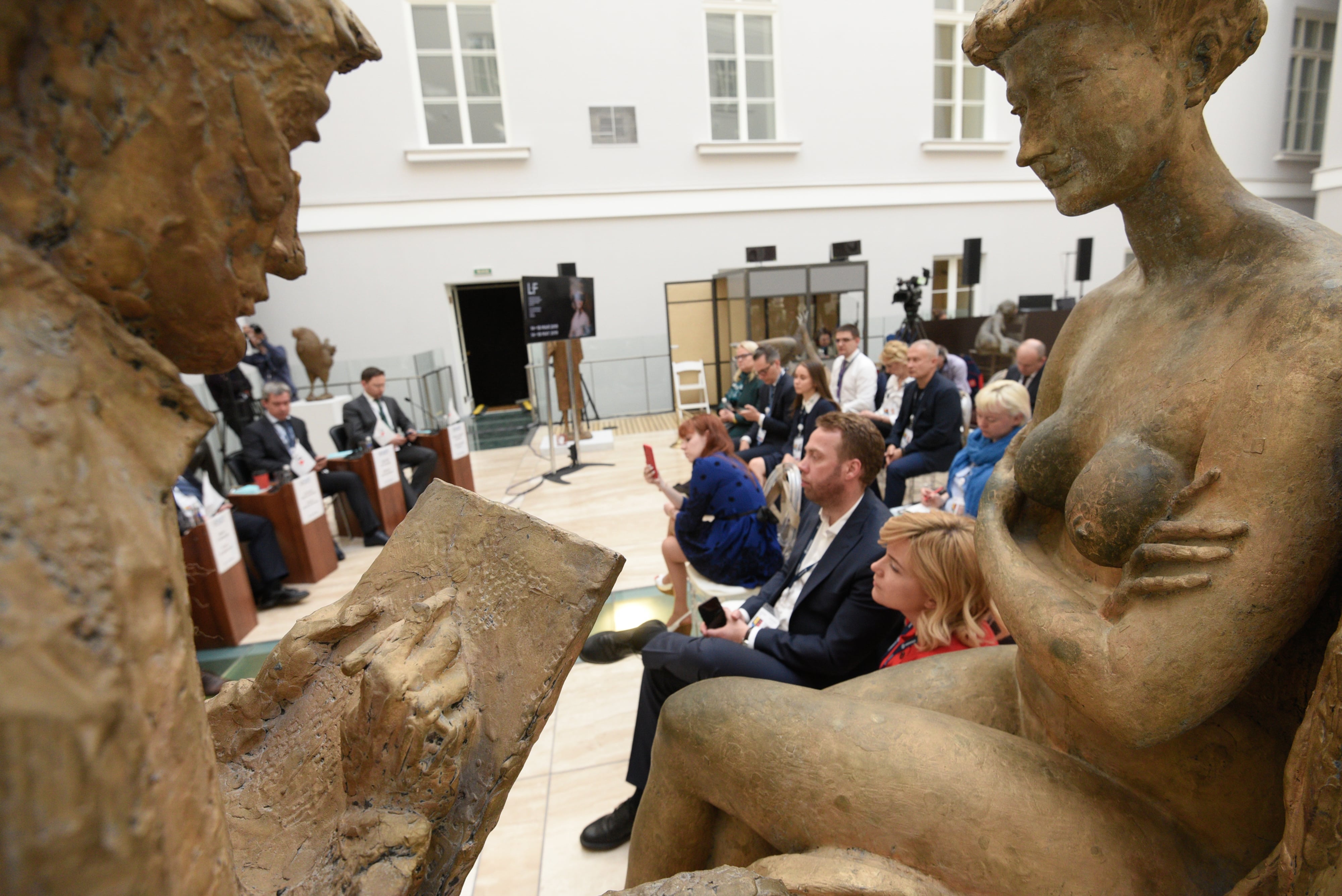 The cultural program of the SPILF was no less eventful.


On 16 May Pepeliaev Group organised an Offshore Party on Legal Street, inviting all of the participants of the Forum to dive head first into unrestrained joy and catch the wave of high spirits. The headliner of the party, Leonid Agutin, and the popular cover band Dunaevsky band were in charge of the beach mood. Pepeliaev Group's charming SURF-Team welcomed the guests at the entrance. Igor Pankov took up his traditional role of master of ceremonies and entertained the guests with competitions and jokes late into the night. Prizes for participating in the sports quiz were provided by our partners: Nike, Moet Hennessy Distribution Rus LLC, and Nashe Radio, as well as by Pepeliaev Group ourselves. An extensive photo report of the party will soon be published on Pepeliaev Group’s website. 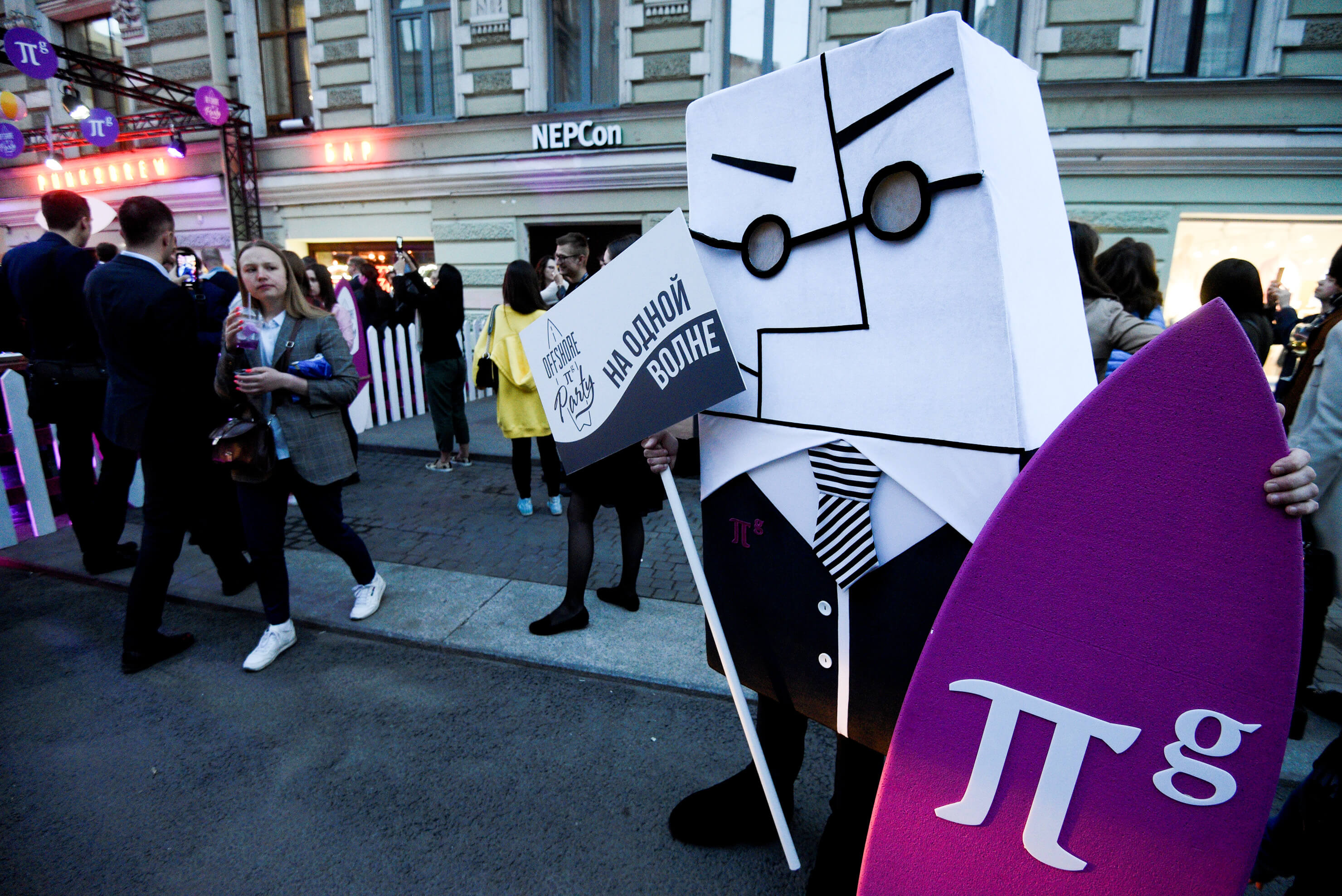 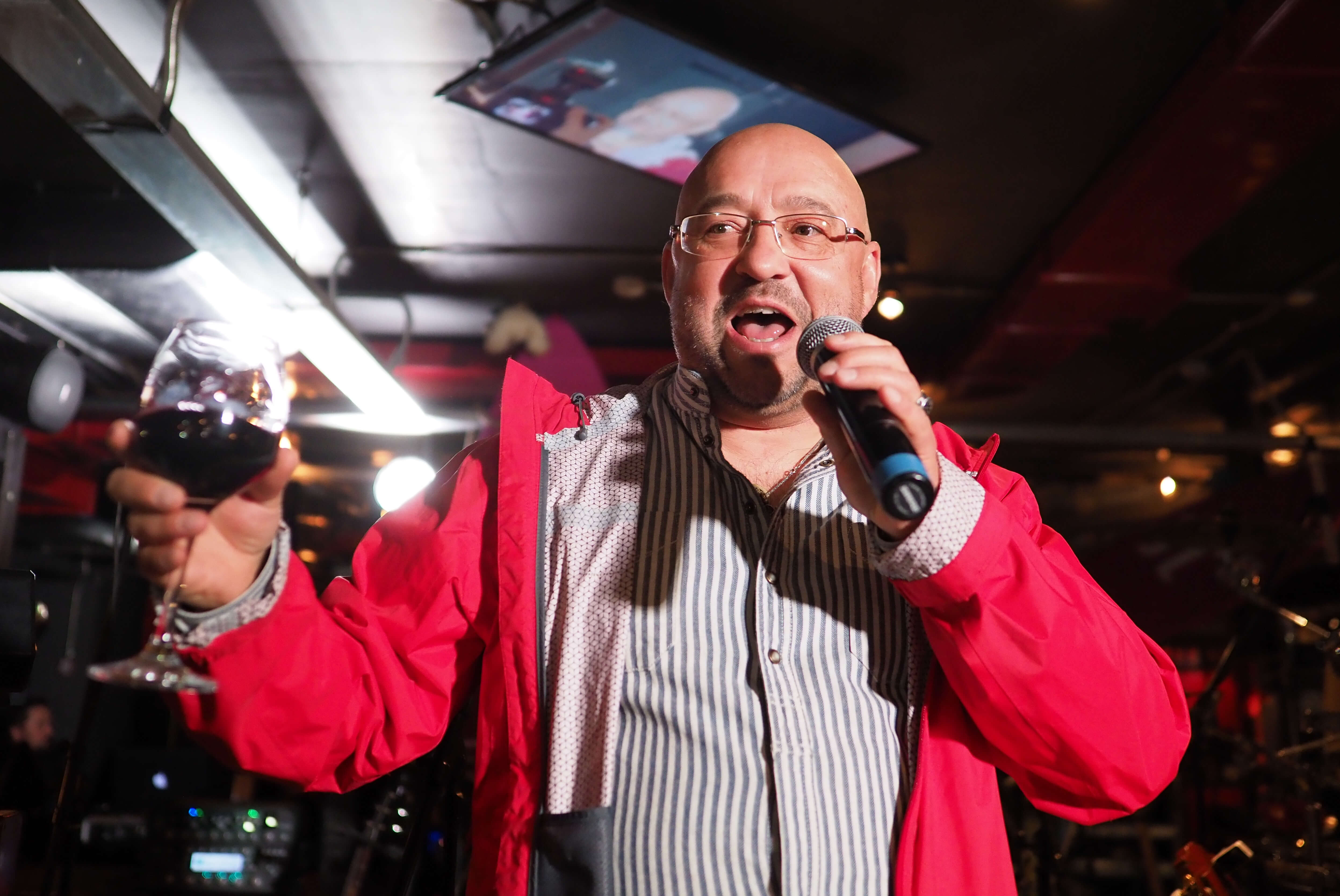 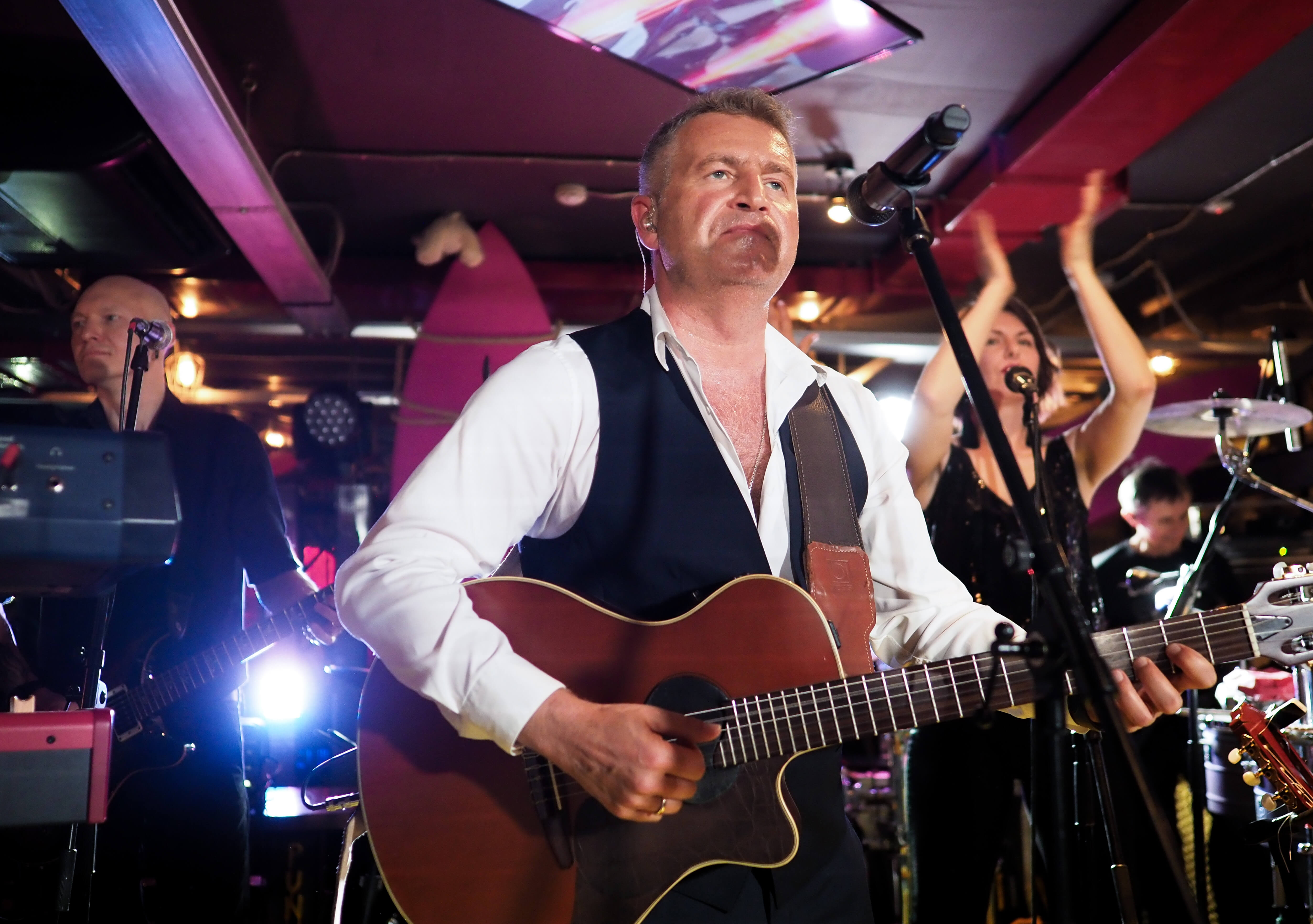 On 17 May the closing gala dinner took place: The “Music of the 1990s” Legal Party. Sergey Pepeliaev, Pepeliaev Group’s Managing Partner, readily accepted the organisers’ invitation to take part in the ceremony and sang a song which was originally performed by the band Bravo. The performance was a great success and was much appreciated by the guests. 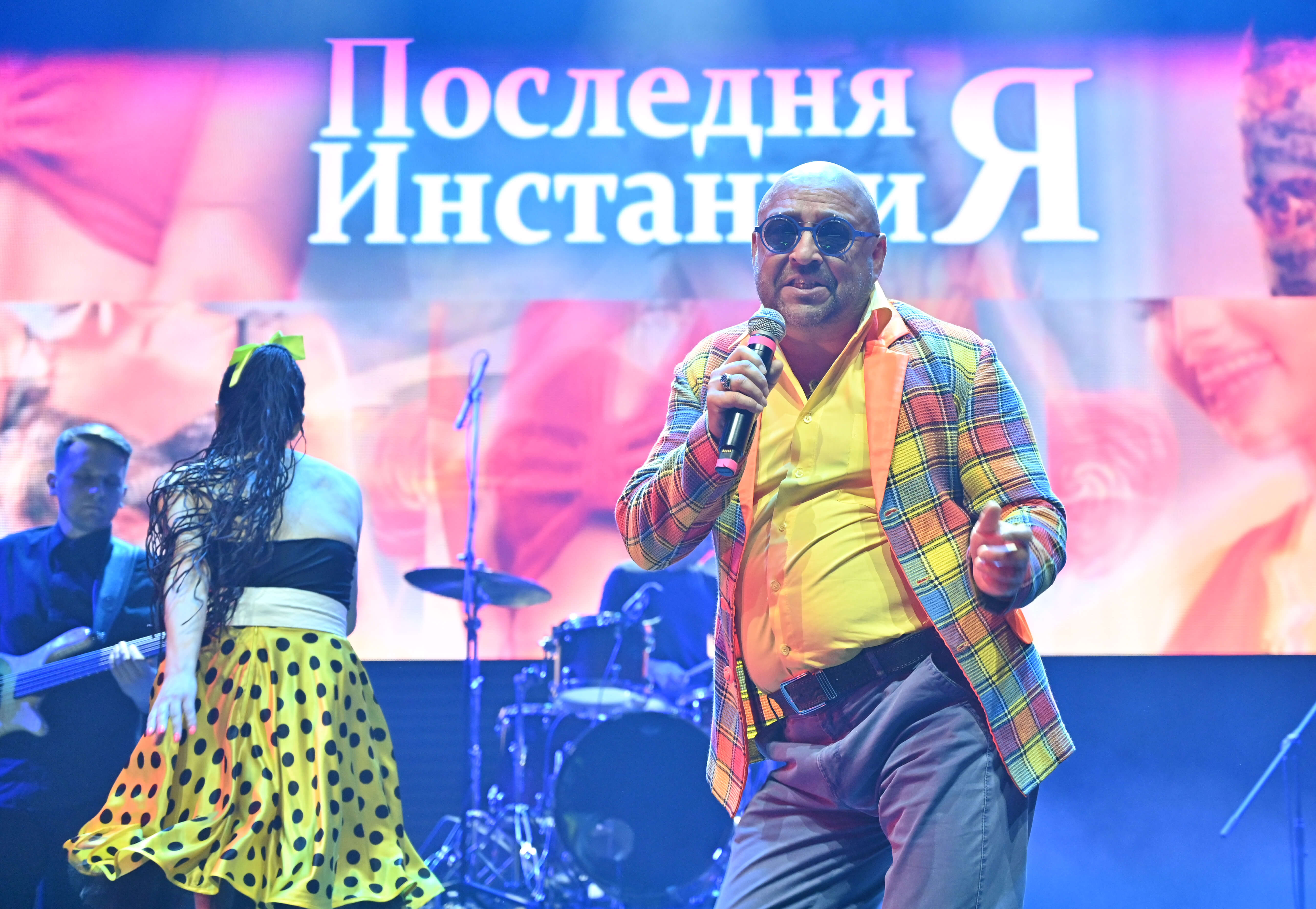 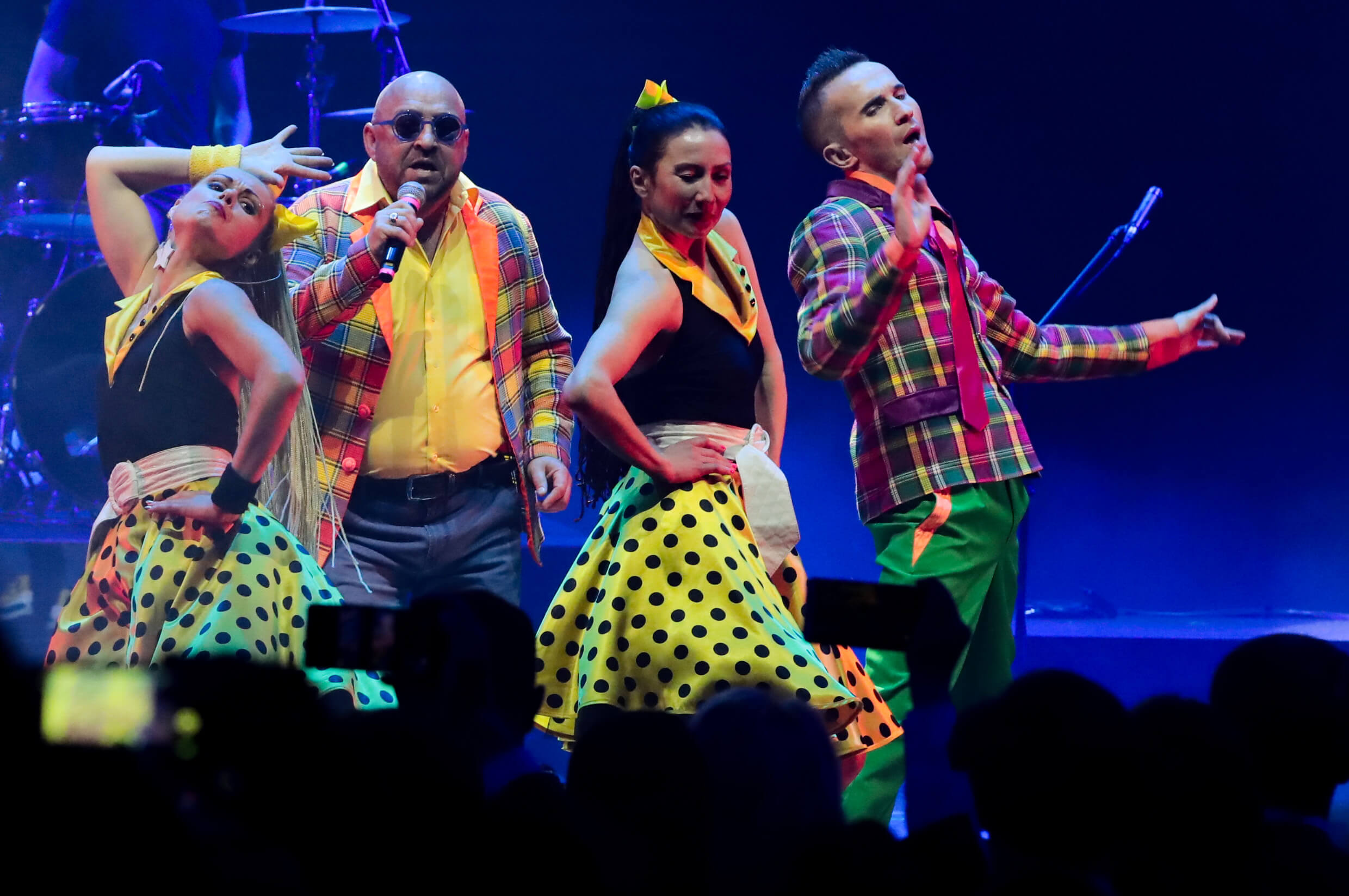 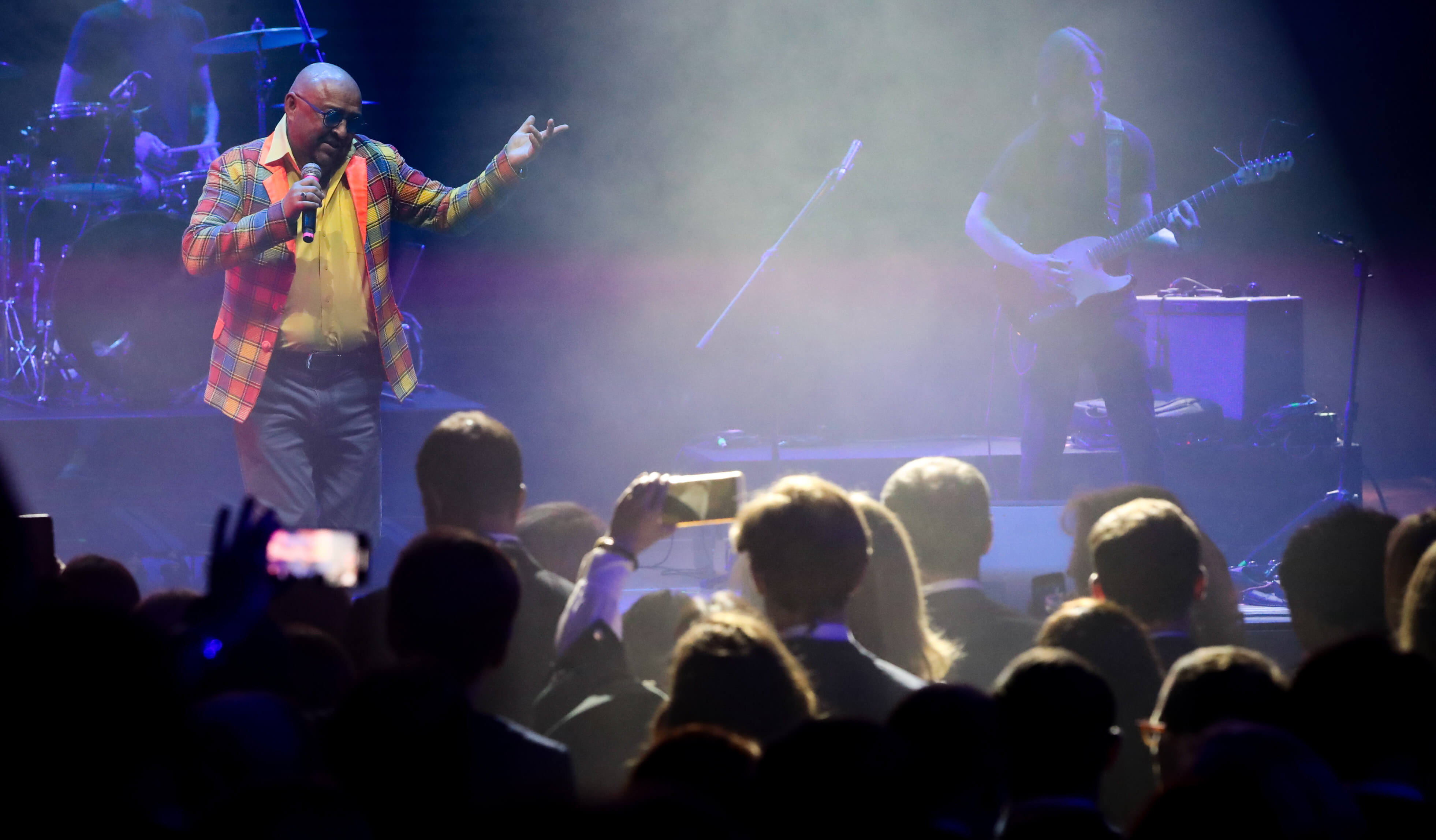